Smart homes are the latest obsession of the 21st century. In fact, it would have seemed inconceivable that you could ever have this much control over your home back in the 90s. Today, you have the ability to not just make your home safer but also stay up-to-date on the things happening within and around your house.

However, this is not all. There are many obvious benefits of having a smart home, but then there are some not very obvious ones as well. If you weren’t aware, smart homes save cost and energy, making them affordable to live in and are eco-friendly too.

Smart home gadgets such as smart lighting and thermostats are the top most energy-saving products. But here’s the question which many of you have; how do smart home devices manage to save energy?

Well, there’s a level of elegance when it comes to saving energy. Smart home gadgets don’t restrict the energy consumption of your home, nor do they force you to get it done yourself. Instead, they track your habits and try finding ways in which you can save energy by not wasting it when you don’t need it.

If your number one priority is frugality, what are some of the limitations that you should be aware of? This is why we’ve decided to share some smart home gadgets that can help save money and energy savings can be optimized in each of them.

Have you ever heard of the term “energy vampire?” It refers to appliances and electronics that absorb power whenever they’re plugged in, even if they’re not being used actively. The worst culprits are usually your laptop chargers, smartphones, and devices that have active-standby modes, such as TVs.

One way to avoid consuming so much energy is simply unplugging each device, but we understand that it’s quite a hassle. However, if you were to use smart power strips or outlets instead, it detects and further cuts off power automatically for devices that aren’t in use or are in standby modes.

You’re bound to find many smart power strips in the market. Some of them come with different color-coded outlets that have designated spaces for those appliances that have to stay on at all times.

Whereas other smart power strips have in-built charging ports in them and come with regular electric sockets, In other words, appliances that are plugged in will work as per normal without drawing in phantom power. You could also go for smart power strips that have motion detection and voice control through Alexa or Google Home.

By doing so, it stops you from heating or cooling spaces that aren’t occupied. It’s become a global understanding that climate controls have a significant impact on a home’s energy bills, and by having better control, you’re likely to save money.

That being said, you need to understand that smart thermostats can’t actually reduce the amount of energy used to keep your home comfortable in summer and winter. In fact, the amount of energy that the system uses ultimately depends on the temperature settings, HVAC system, size of the house, your habits, and other factors.

In order to save the most money, you should combine the smart thermostats with climate-controlling efforts, such as checking seals on doors and windows, have better insulation, and a number of other things.

If you’re considering investing in a smart thermostat, the Honeywell Smart Thermostat is a great place to begin and offers you many impressive features, such as remote access.

Smart lighting is another energy-saving smart device. The best smart lighting products can help save money in two major ways. First, they have the ability to program a lighting system that turns off automatically when it’s not being used.

Second, there are tons of LED smart bulbs that are much more energy-efficient as compared to their previous counterparts. In other words, you will be able to receive the same amount of lights but for much lesser energy expenditure.

Moreover, there are many smart lighting devices such as outlets and switches that started offering energy monitoring as one of their standard features. You can access the energy consumption of your home lighting system through an app on your phone, and know how much energy is being consumed.

Also, by upgrading to smart lights, you may able to use them as a deterrent for potential intruders without having to drive up your bill. For most people, the benefits of smart lights justify the energy expenditure, because if they prevent one burglary, they’re worth it.

Whether you want to modernize your home appliances or conserve energy, you may be overwhelmed with the many choices you have, ranging from smart thermostats to smart lighting. Hence, understand your needs and priorities before making a decision.

Previous Why Small Businesses Should Care About Cybersecurity
Next How Do I Choose an Activity Tracking Application on My Phone? 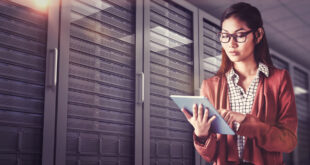 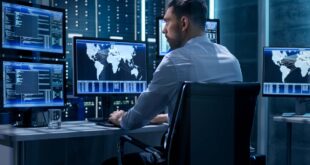 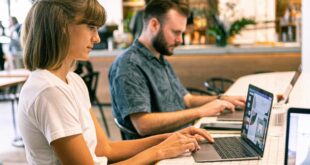 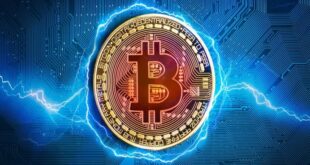 To appreciate the scope of GPT-4, we must first consider GPT-3, its predecessor. GPT-3 was …